Gallery Collect opens its doors with Check-In as a curatorial experiment that goes beyond the form and concept of a traditional art exhibition for reacting to the powerful flux of Istanbul.

Every week, in the main hall of the gallery, one artist is individually displayed in a solo show. At the same time, the other members of the Check-In’s artist list are represented in a sneak preview while they wait for their turn to execute their upcoming solo shows. Furthermore, after the first exhibition of e.g. Jorrras has ended, Kalina Dimitrova takes over the gallery space while works of Jorrras’ will remain on display in the Check-Out section of the exhibition. This spatial transition continues until the end of the whole show. So, a strong flow of artists and artworks characterizes Check-In as its past, present, and future are intermingled through the merge of various vernissages and finissages.

In this sense, Check-In not only introduces Gallery Collect to the local art scene by presenting some of its artists, but also reflects Istanbul’s urban character as well as adapts to the dynamism within its cultural fabric. 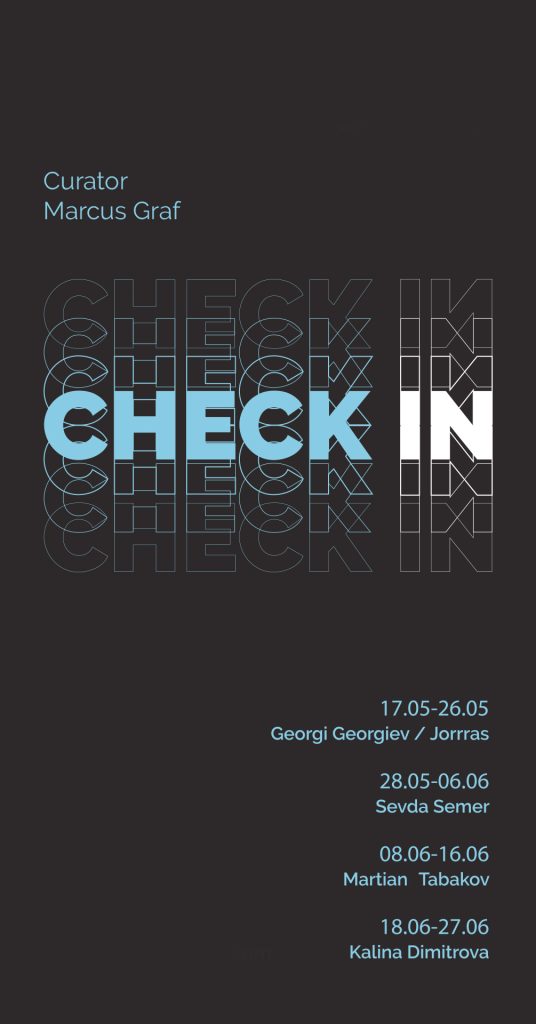 Jorrras (Georgi Georgiev) was born in 1975 in Sofia. He graduated in graphic art from the National Academy of Art in Sofia. The artist, who besides receiving multiple awards exhibited his work in numerous international exhibitions, works primarily in the fields of painting, drawing, object, and installation. He works and lives in Sofia.

Jorrras’ multidisciplinary oeuvre is characterized by a formal plurality and aesthetic heterogeneity. While his paintings deal with today’s notion of aesthetics through a clash of the sublime with pop and the ordinary, his three-dimensional work is relating to the idea of the readymade, as well as to relational aesthetic.

The exhibition at Collect Gallery presents paintings from the “Symmetry of Daily Routine” series, where Jorrras transforms the traditions of abstract art, color field painting, and minimalism into an appealing contemporary state. Like an aesthetic-researcher, the artist investigates the psycho-visual power of colors by combining tonal contrasts into daring compositions that shift between rationalism and emotion. Also works from his “Errors” series are presented in the show. These pieces are characterized through a fragmented notion of a painterly composition, where each part of the work maintains its individual existence. These paintings resemble results of an artistic elementary research which point to the essence of the art of painting itself. In the end, the works from his “Hotel” series show another side of Jorrras’ oeuvre. The object-based and often site-specific three-dimensional works are based on found objects. Every part of the piece tells a story about its past, and so exposes the intellectual as well as spiritual dimensions of the object world that surrounds us. 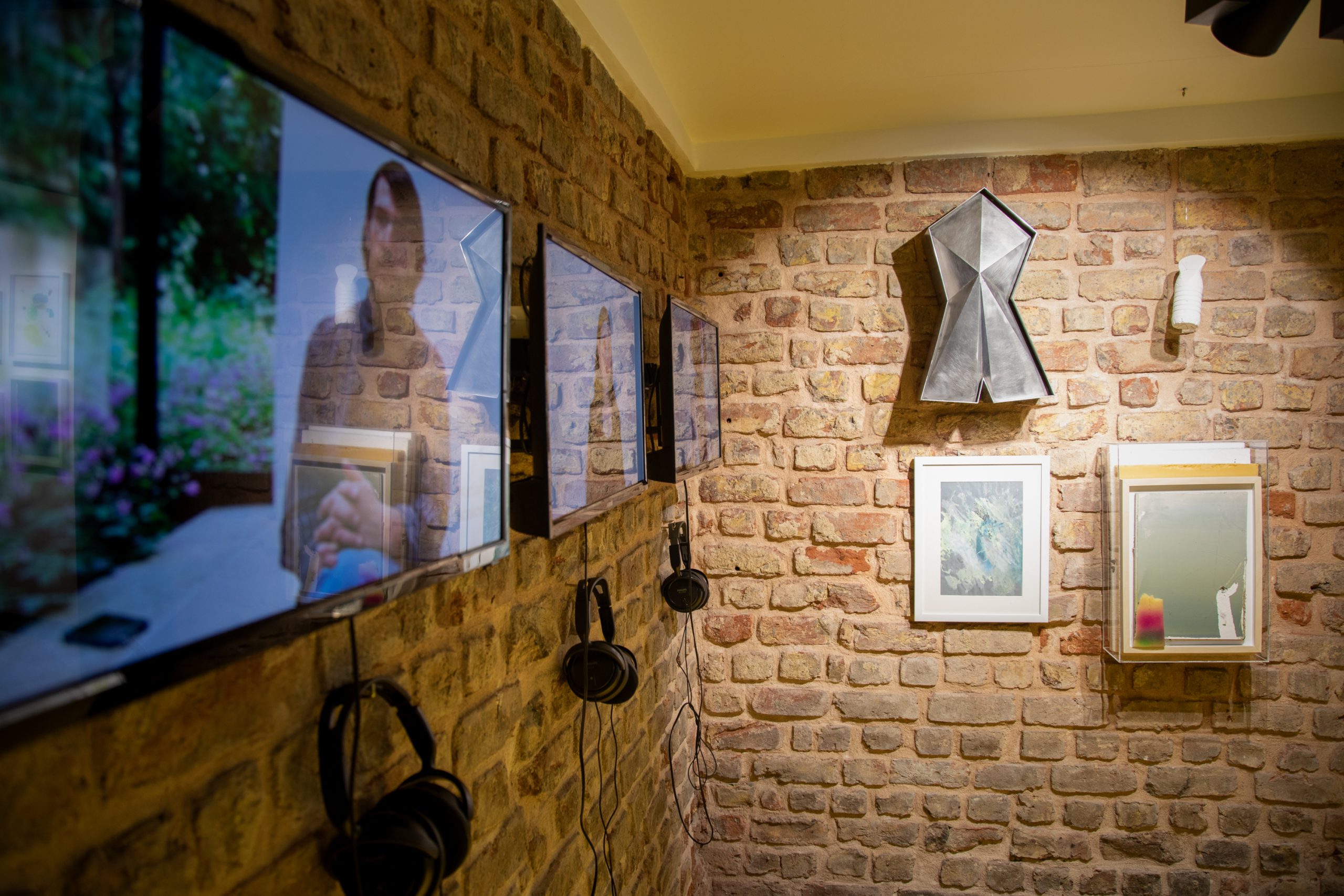 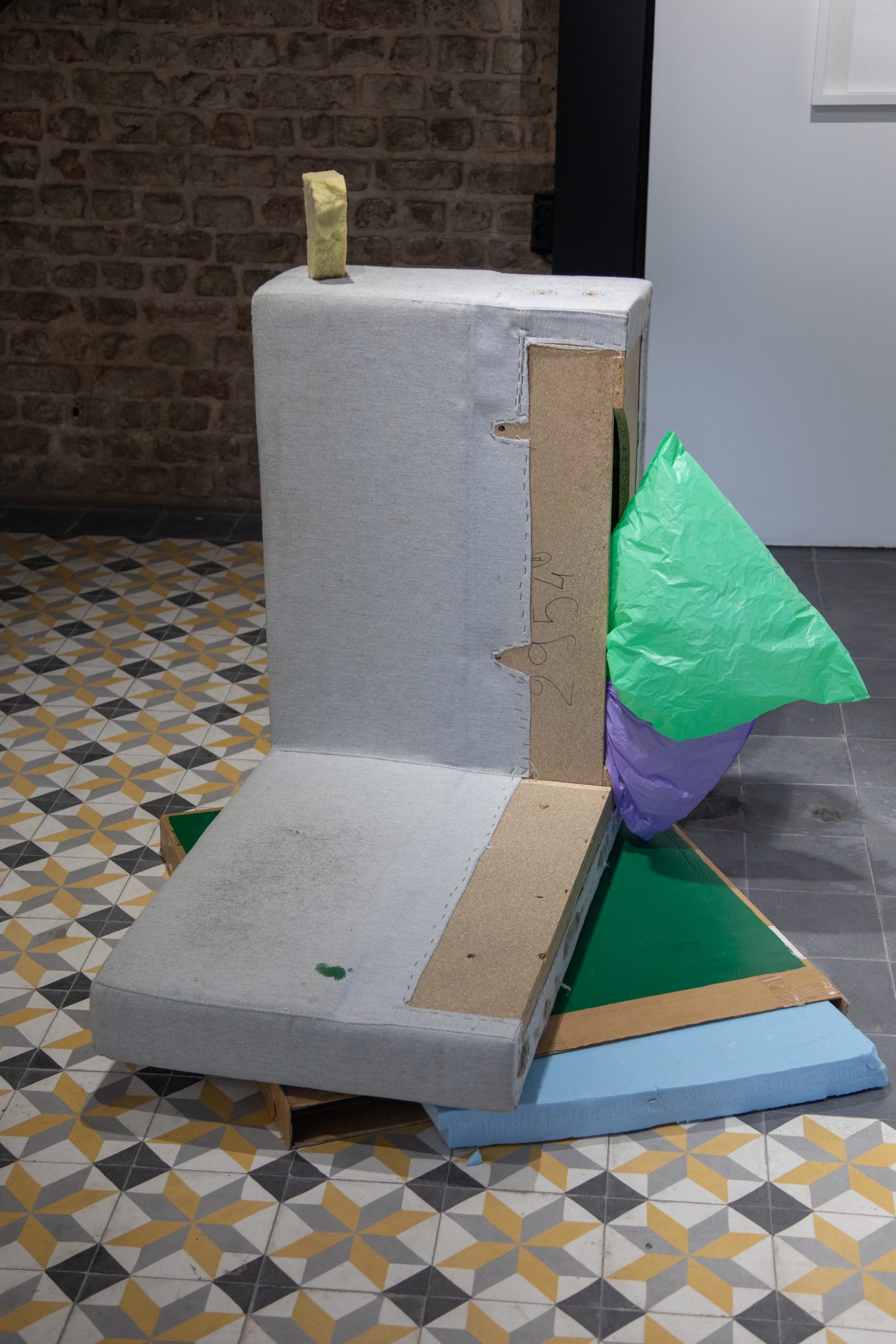 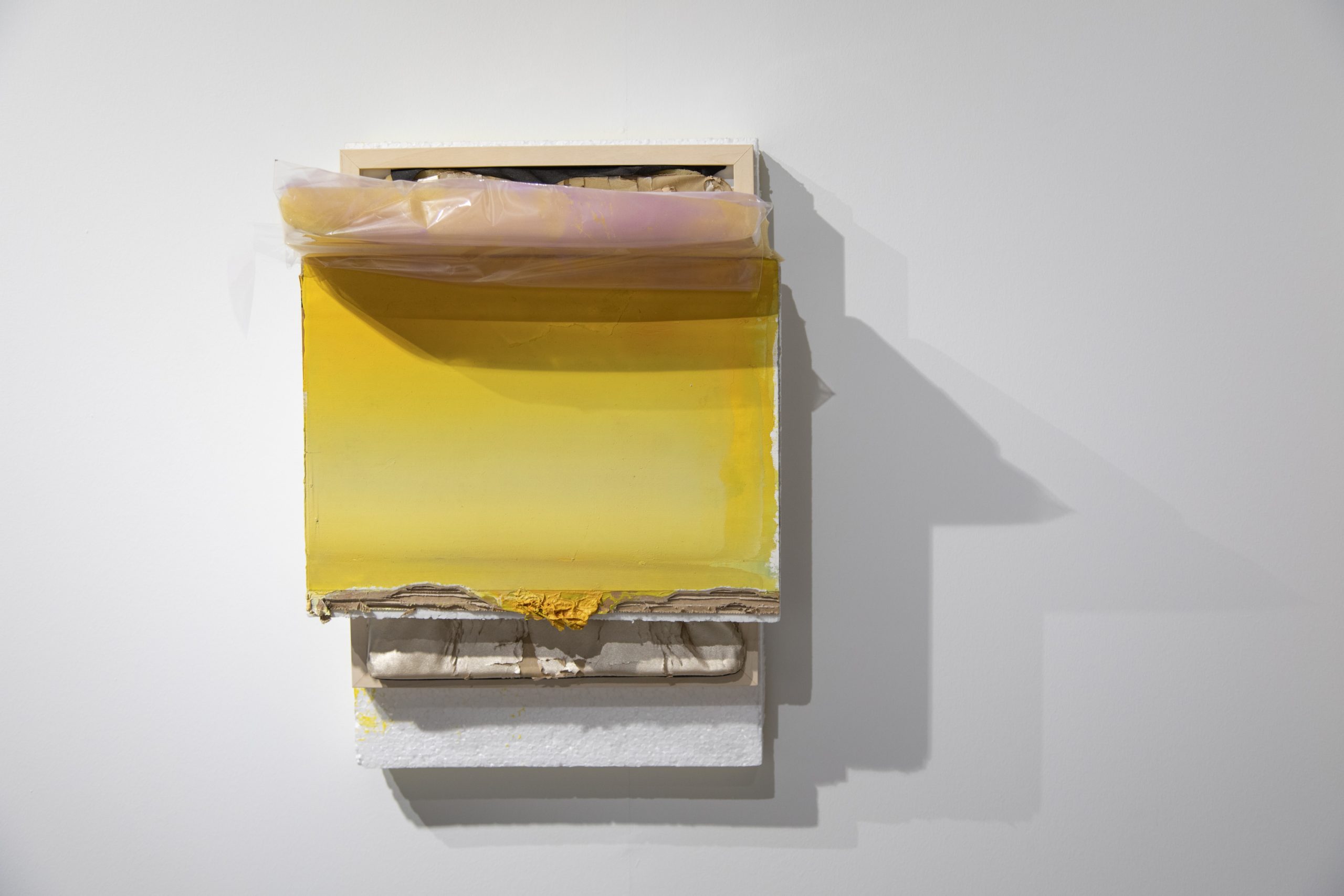 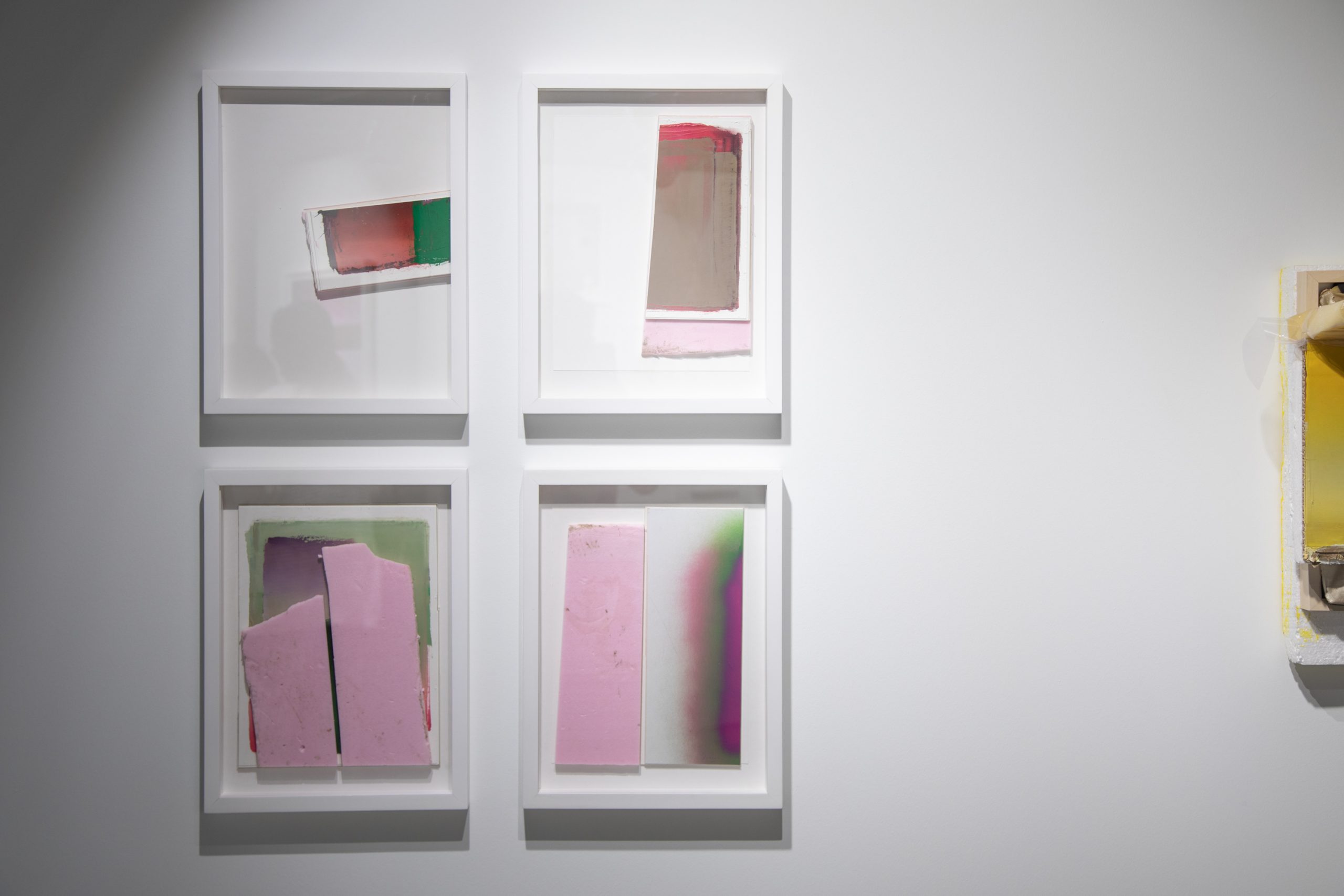 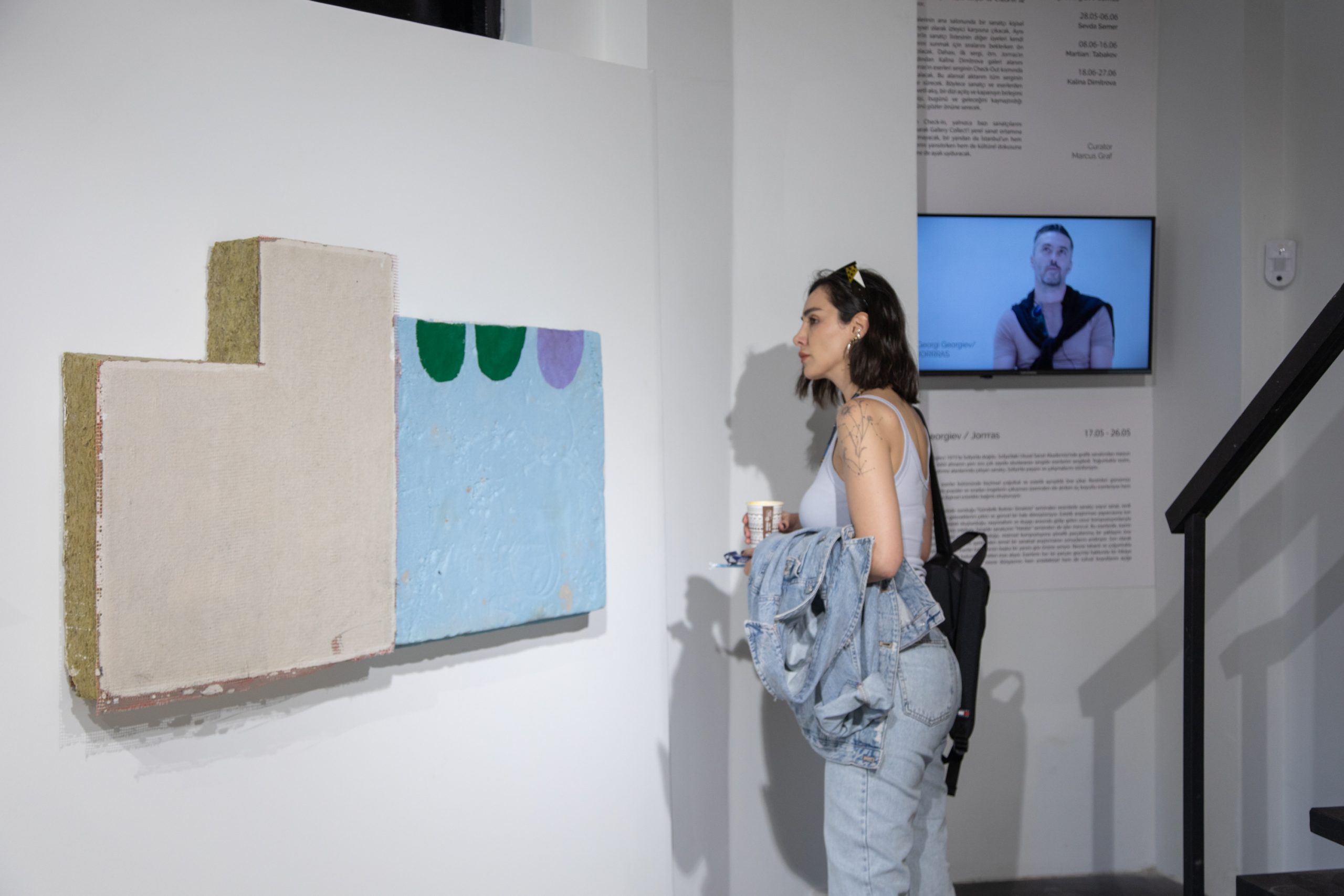 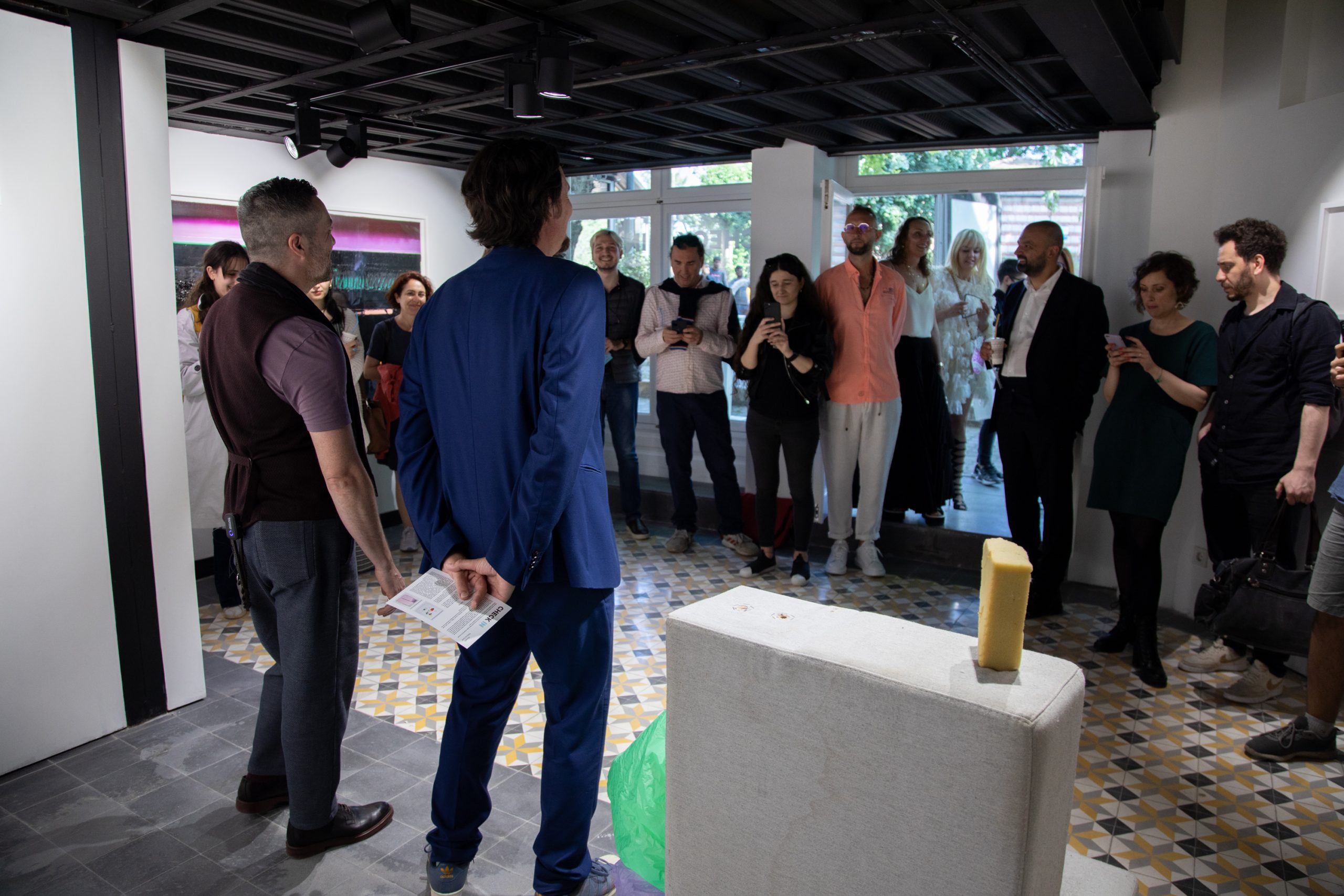 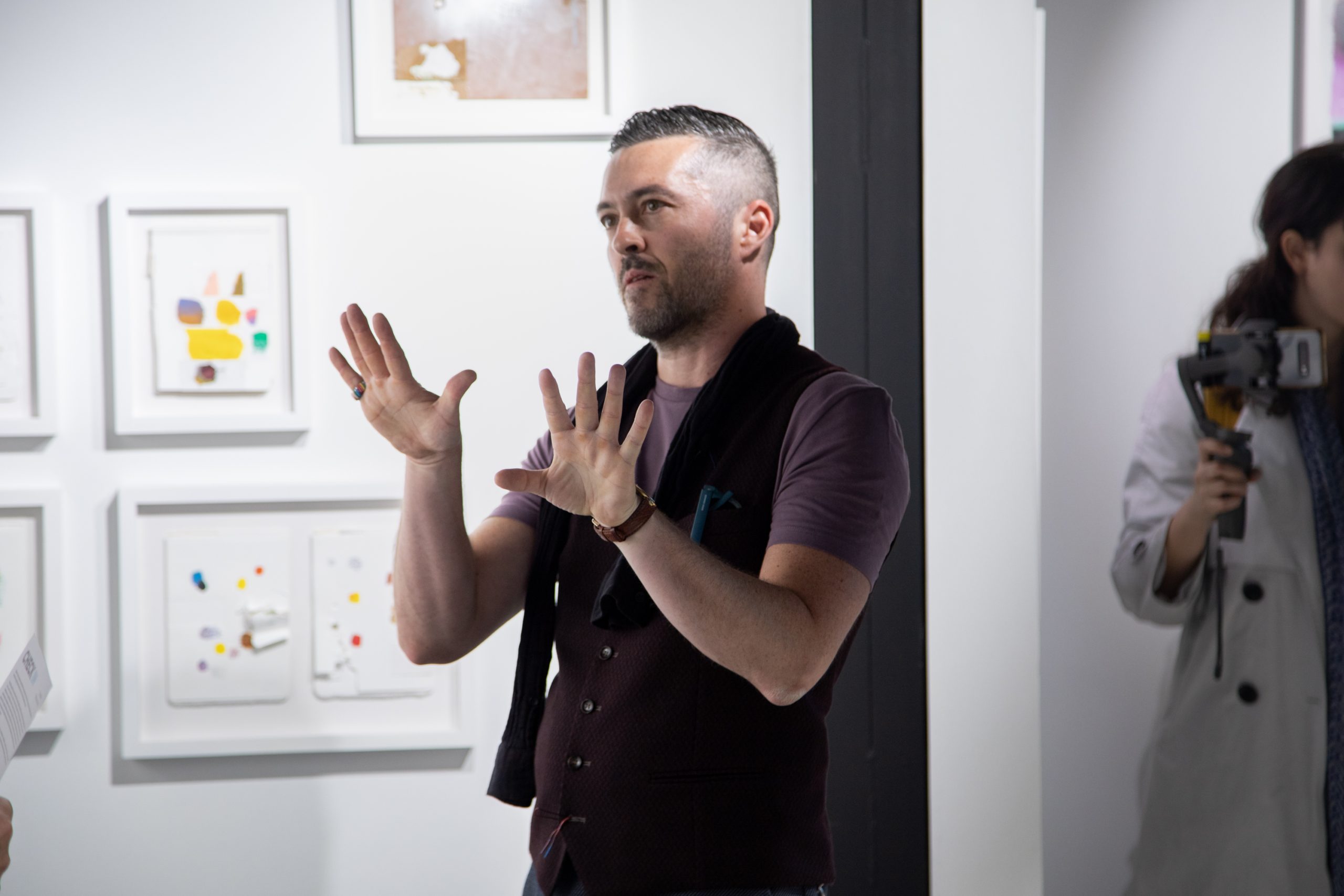 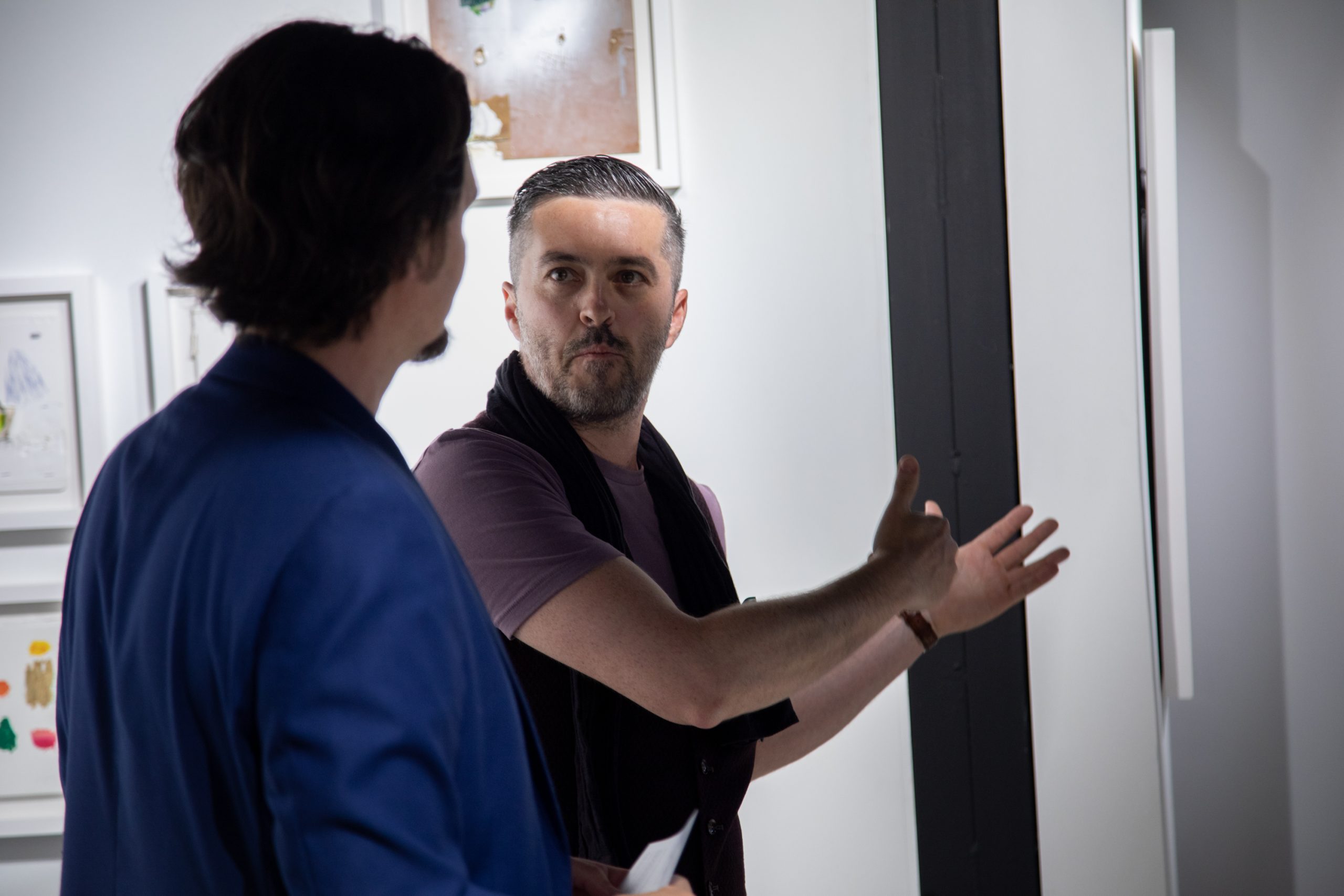 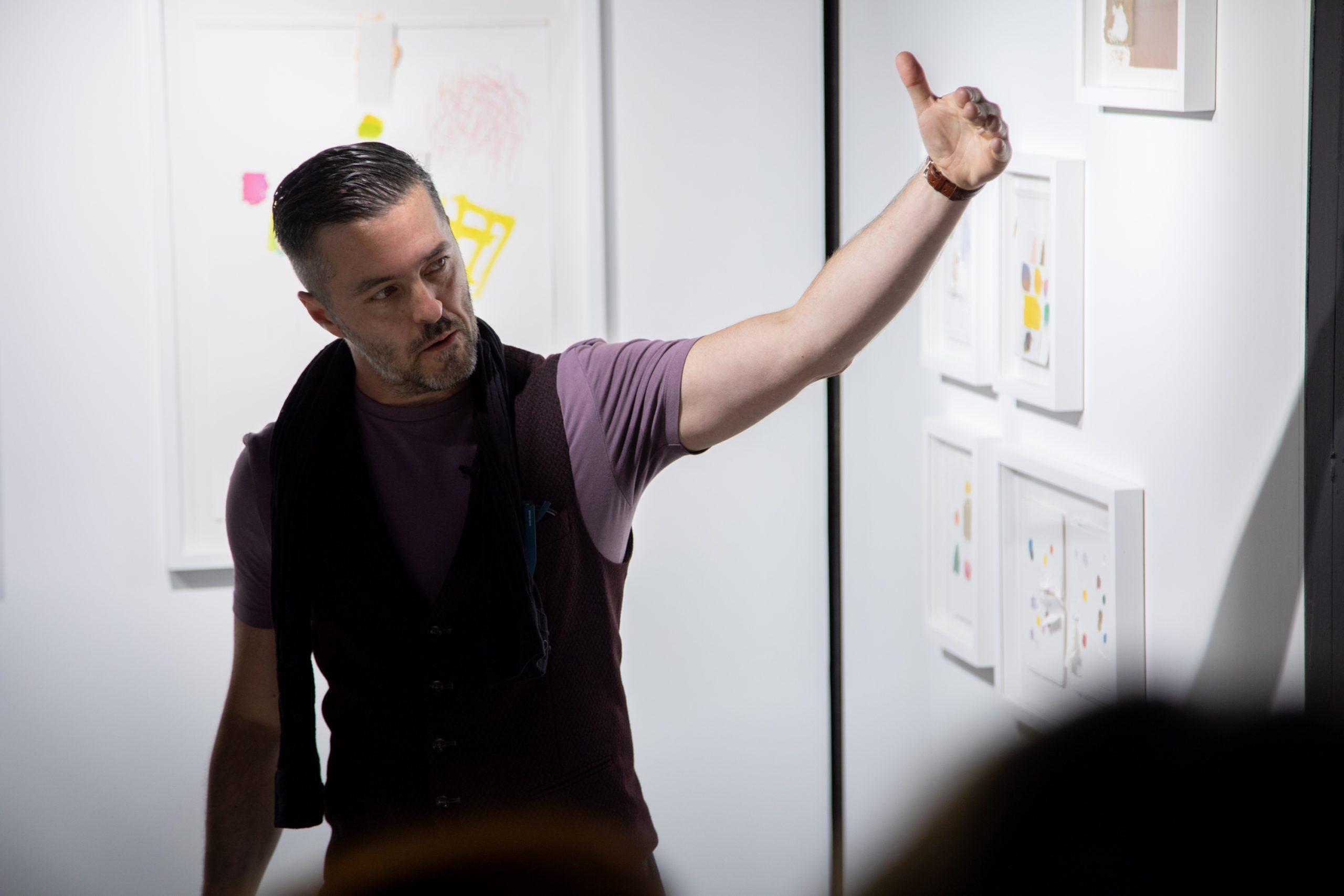 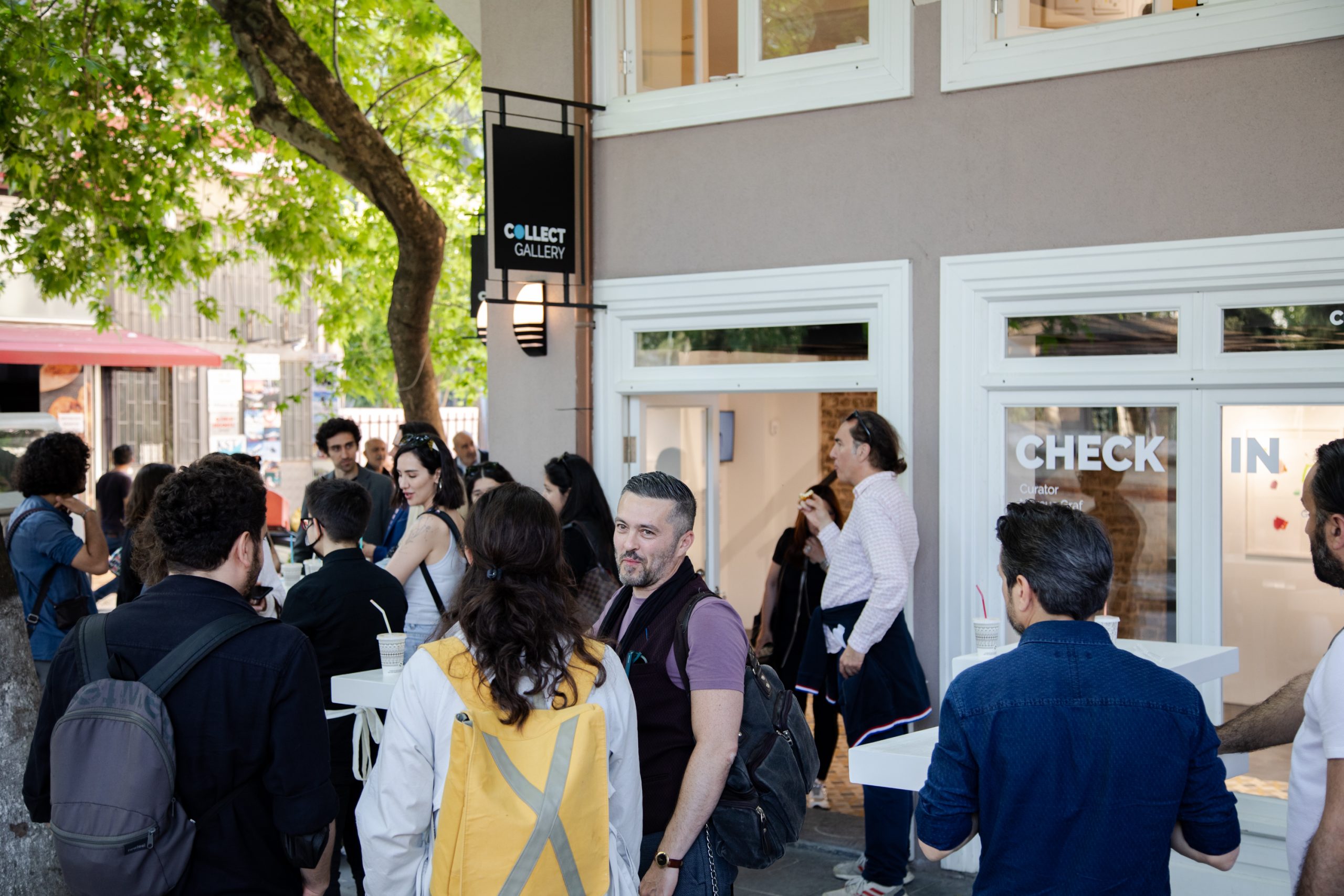 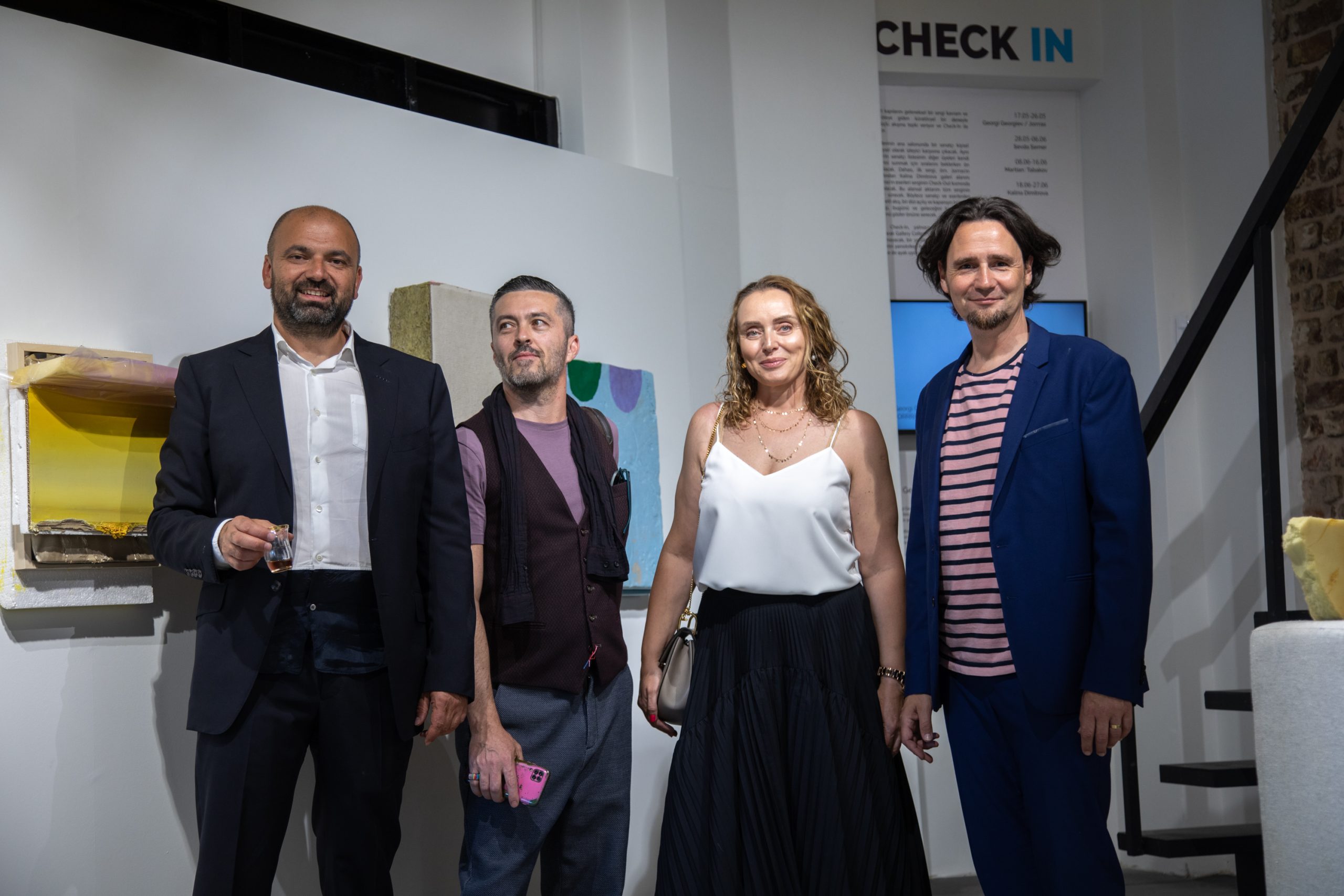 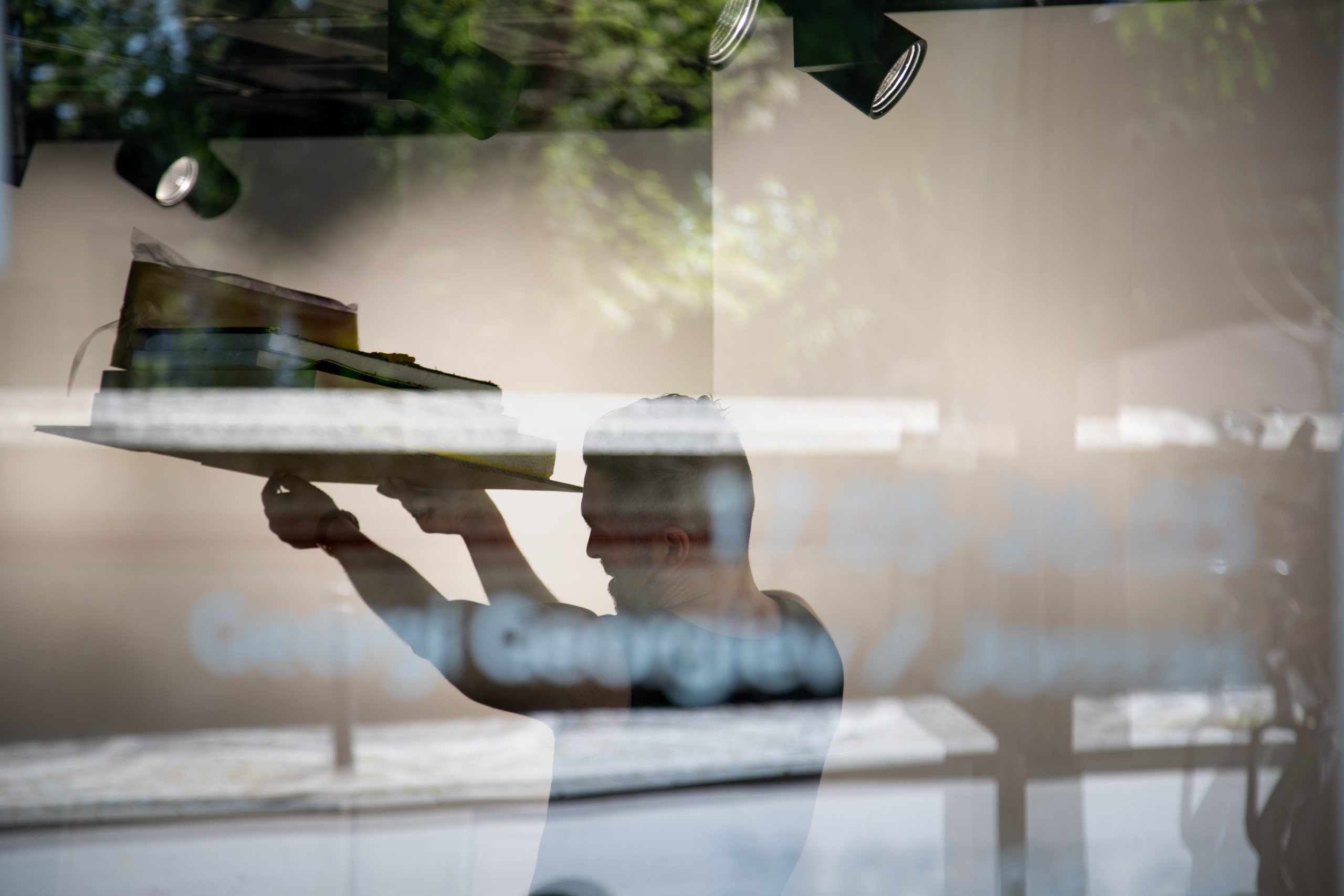 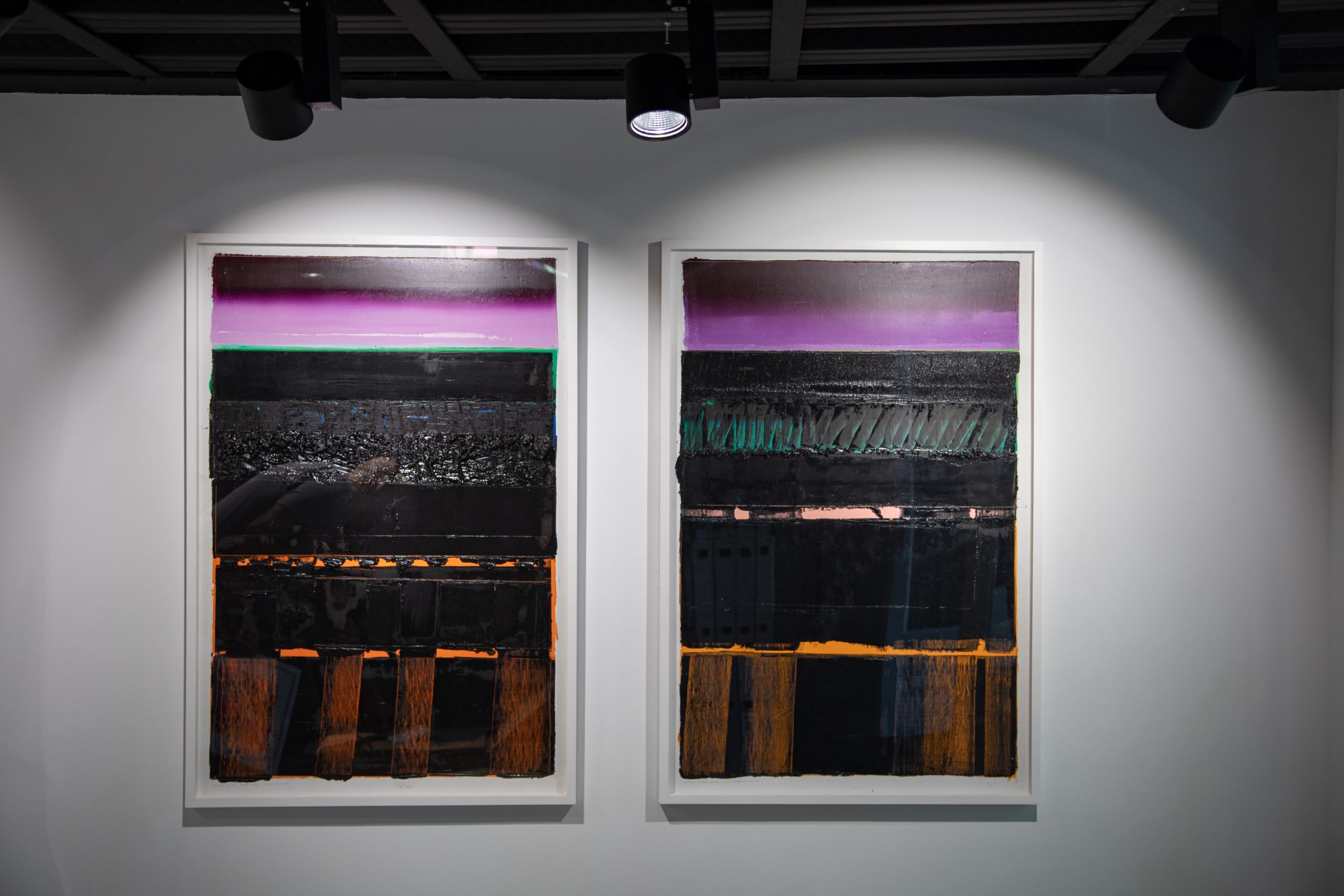 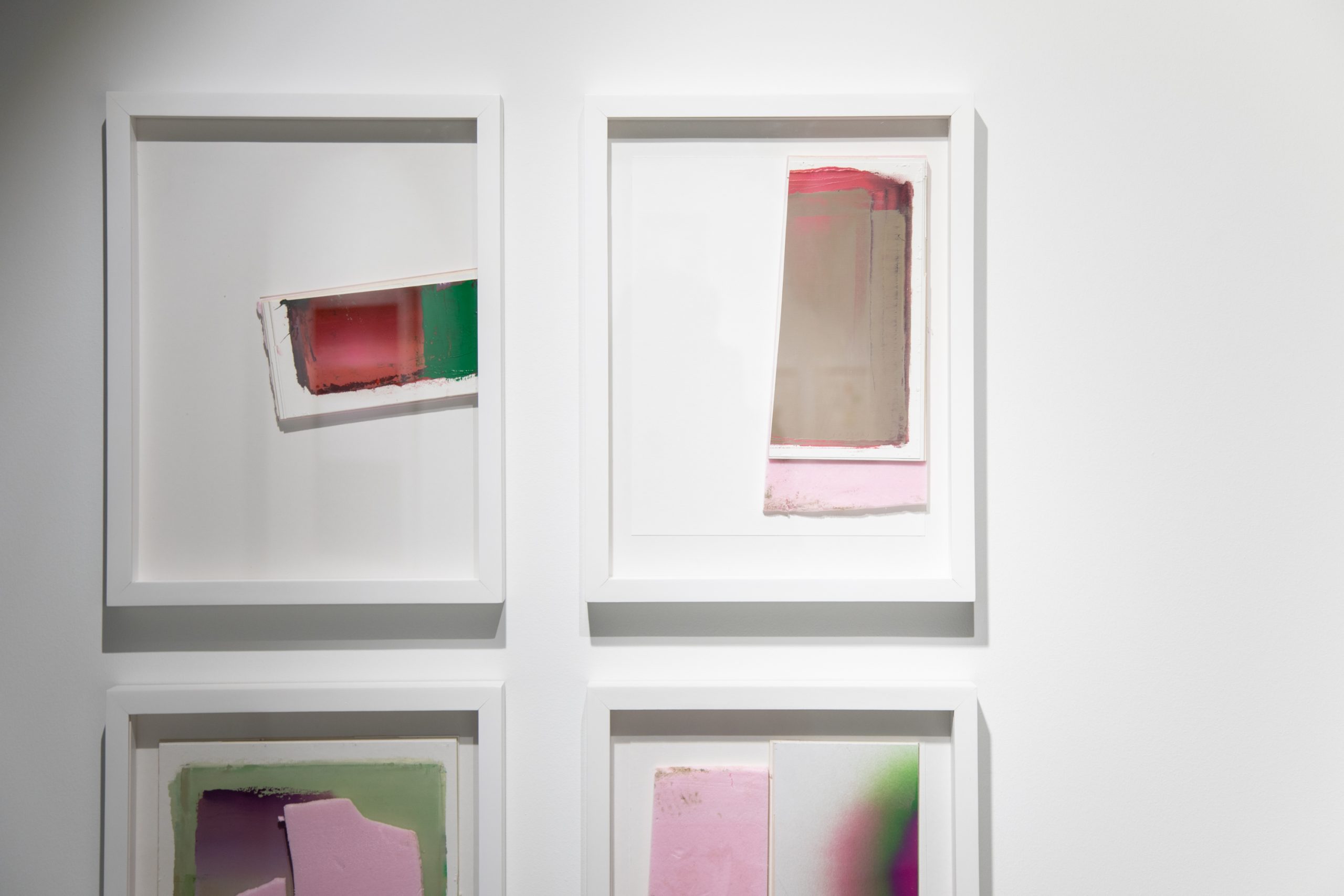 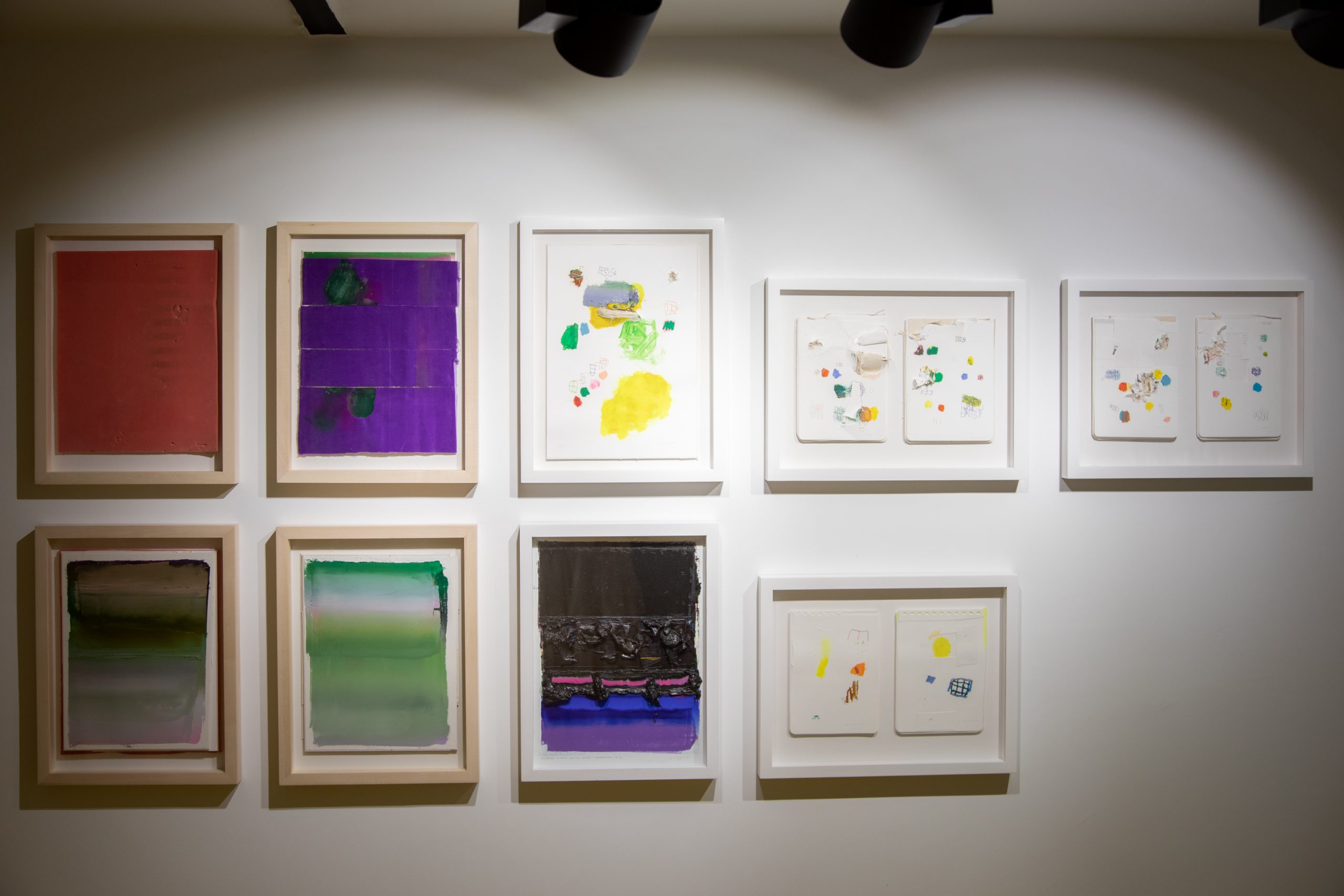